What Is Good Lighting

I typically try to avoid taking waterfall photos on sunny days. The contrast in the scene usually makes for a rather difficult exposure. So I generally choose to do waterfall photos on cloudy or overcast days. But I found this scene when we were in the Smokes last week as we hiked north of Tremont. I took the photo and admit that I didn't expect much, given what I had seen in the past. But the combination of the lighting through the leaves overhead made for a photo that appeals to me. I see a different energy in the picture because of the interplay of the bright light and the shadowed patterns. 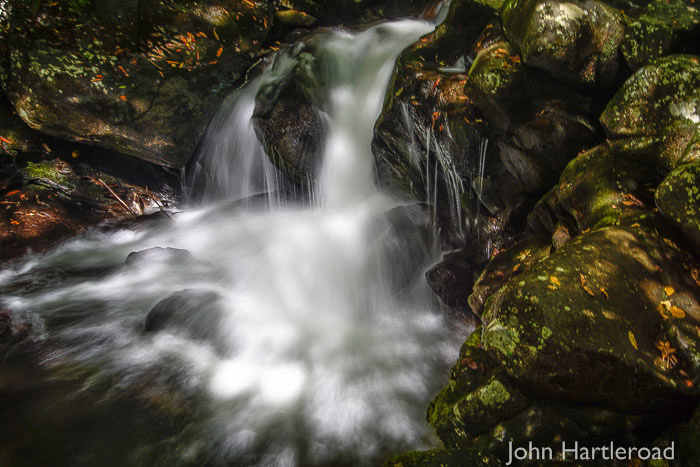 Exposure 1.3 seconds, f/6.3, iso 100. I opened the shadows when I processed it in Lightroom, and tried not to blow out the highlights, which is challenging, given the lighting. Polarizer and neutral density filter used.