We have a lot of birds in our backyard, since we live next to the woods, and provide sunflower seeds throughout the year in two feeders. 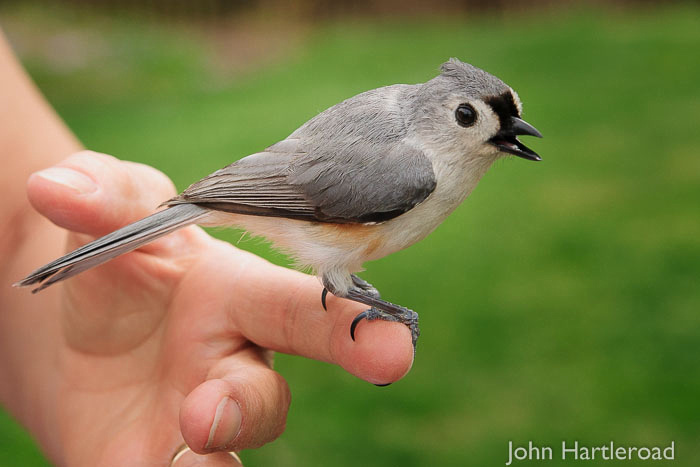 Too often, birds crash into our windows that overlook the deck. Sometimes the birds hit with a rather loud thump. It happened again this week. Judy had read in one of our bird books how to care for these stunned birds. This tufted titmouse crashed into the window and lay nearly lifeless on the deck. Judy picked him up with a cotton dish towel and wrapped him entirely, but softly, and brought him in and held him until he began to stir. The primary purpose to wrap the bird is to protect it from predators. We have several hawks (red-tailed, sharp shinned , and Cooper's) that scout the neighborhood from above. After a few minutes, she took the bird back outside, but it was not ready to take off on its own. I couldn't resist getting a few photos as it perched on her finger before it regained its bearings and flew away.