Near the Port of Savannah

This lighthouse on the south channel of the Savannah River, rebuilt in 1855 or 1857, is the shortest lighthouse at 46 feet along the Georgia coast. Built on an oyster bed, it survived the civil war, especially the Union bombardment of the nearby Fort Pulaski. Cockspur Island Lighthouse is only accessible by boat, although at low tide there is a small patch of visible land. John Wesley first landed at Cockspur Island (just west of the present location of the lighthouse) on February 6, 1736. A simple brick column on the island notes that the small band of travelers gathered for prayer at their first stop in America.

From the National Park Service: "Wesley's departure from Savannah to his native England was unplanned. He left Georgia a very disappointed man. His plans to preach God's word to the natives never materialized. Wesley also became a man of great controversy in the new settlement. His love affair with the Chief Magistrate's niece further isolated him from the citizenry."

And what really became a problem was when he declined to serve the Eucharist to Sophie and her new husband. He had to escape in the dark of night. Lots of stories, even before the lighthouse was built and directed sailors to this place, could be told here. 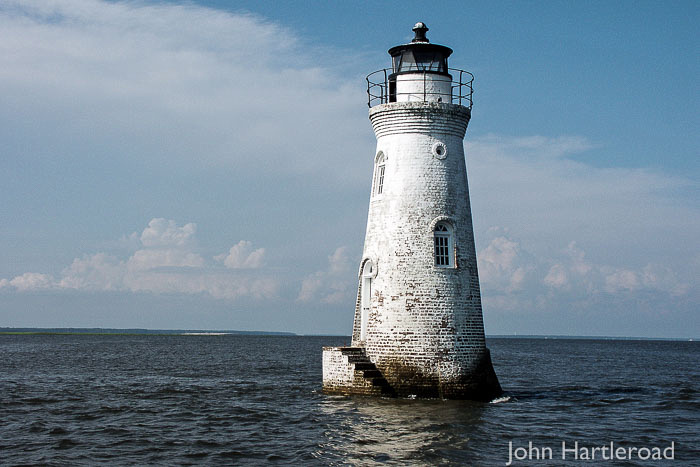 This morning's picture and comment reminded me of the trip the M'boro's UMC took to the southeast and all the Methodist history that took place there. Shame on JW for not being a better suitor to Sophie.