Purple was my grandmother's favorite color.

As we neared the Oregon coast, I noticed the hills were covered with these purple flowers. I asked to stop so I could take pictures. I had seen similar ones in Colorado and Michigan and Alaska. They are lupinus, a flowering legume, of which there are more than 200 varieties. Texas bluebonnets are lupines. They are found in a variety of colors, although the foliage is quite similar. Seeds of the lupin or lupine have been a food source (similar to soybeans) for thousands of years, but are grown largely as an ornamental plant in gardens. These plants were wild, which probably means they escaped from someone's garden. I suppose some people might even consider them weeds. 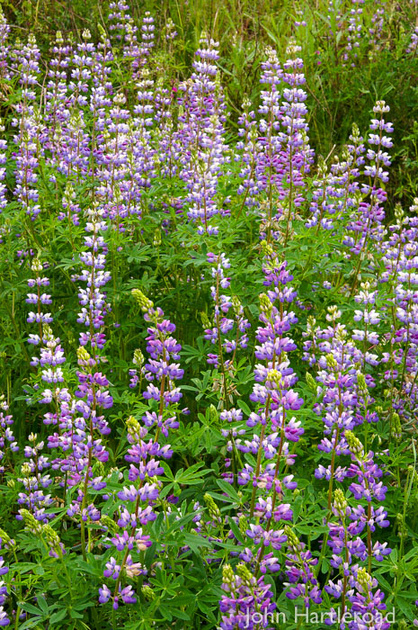