The railway turntable was invented in England in 1840 to be able to turn steam engines 180 degrees. While diesel locomotives can run at the same speed either forward or backward, steam engines were limited in the speed they were able to run backwards, so a method was needed to be able to turn them around to utilize their speed efficiently. This turntable is located in Chattanooga with an engineer operating the controls in a small shed that rotates with the section of track atop the turntable. 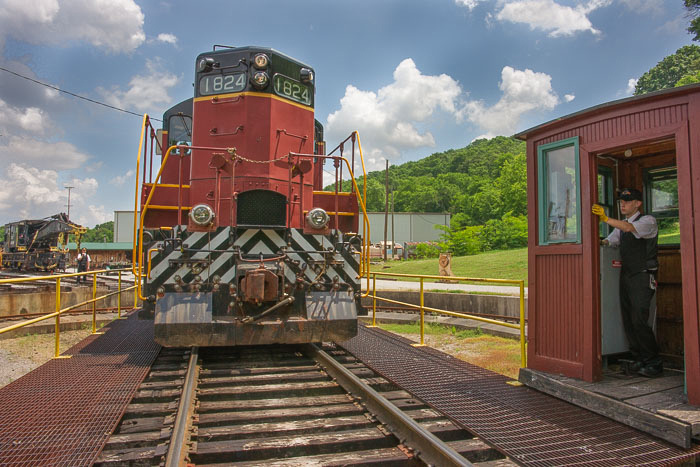 I can imagine other situations where it would have been helpful to easily make a 180 degree turnaround in my life. Just push the button, be patient, and head back in the opposite direction. Sounds theological.