I began having annual physical exams in my late 40s. I've been pretty healthy all those years with the exception of being overweight, or under-tall. So I would see my lab results which usually were a collection of numbers in the normal range. And I knew little about white blood cells other than they fought infections. Consequently, because I am an inherent learner and as a result of being diagnosed with Diffuse Large B Cell Lymphoma and confronted with new lab results with unfamiliar categories, I wanted to know more.

There are three main groups of white blood cells: monocytes, granulocytes, and lymphocytes. (1) Monocytes are present in larger numbers when the body fights off chronic infections. They target and destroy the cells that are causing the illness. (2) Granulocytes are the white blood cells that contain proteins, and have three different cell subgroups. Basophils are less that 1% of WBC and focus on allergic reactions. Eosinophils respond to infections that are caused by parasites, as well as the inflammatory response of the body. Neutrophils are the majority of white blood cells and act as scavengers. They surround and destroy bacteria and fungi. These neutrophils were 3.1 before my first treatment and .4 one week later, important cells that were killed, along with cancer cells, by the cancer meds. And that's why I have to be careful around other people following each treatment. (3) The third group are lymphocytes with three subgroups. Natural killer cells attack and kill viral cells as well as cancer cells. T cells help recognize and remove infection-causing cells. B cells produce antibodies to help the immune system mount response to infection. My cancer is because B cells are running amuck, and will destroy the lymph structure which is why it is such a problem if it is discovered late.

So what fascinates me about this is how much white blood cells act like a team. Their joint purpose is to protect the body against infection and each one acts in concert with the others to help the body remain healthy by performing their respective purpose. These bodies within which our spirits dwell are amazing. Mine has worked wonderfully well for more than 73 years, approaching 27,000 days. Dr. Thompson and his team intend to make it possible that I have many more days. Thank them, thank God, and thank my many prayer partners.

I took this photo at Old Car City USA, White, Georgia. It's an iconic junkyard where none of the cars or their parts are for sale and where they charge you $10 extra if you bring a camera. Fun spot if you like old cars! 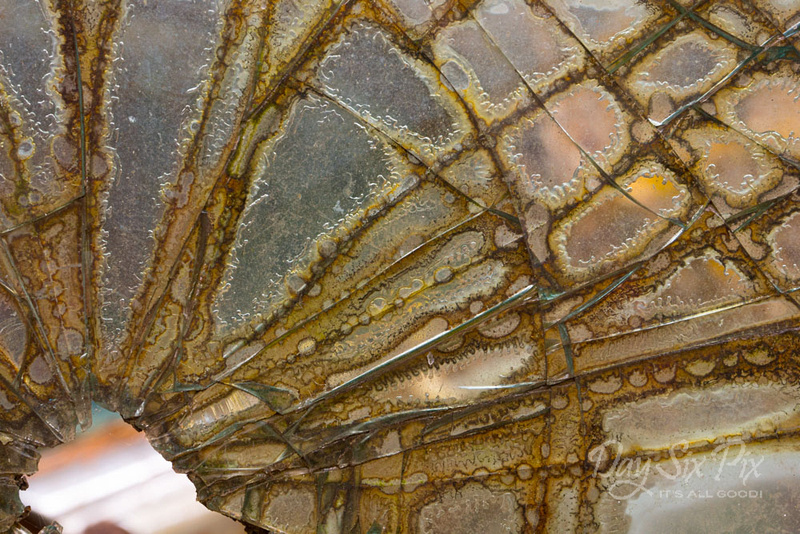