Earlier this month, Marcia brought Judy a cutting from one of the plants in her Wisconsin garden. The single rooted stalk became several plant starts as Marcia cut it into several pieces in order for it to fit into her carry-on luggage for the flight to Nashville. It appears from my observation that Judy and Marcia planted nine different portions of that stick into the ground near our trio of dogwood trees. So far, at least six of them have little leaves sprouting. Looks like a good start!

Hydrangea Arborescens "Mary Nell" was named after the wife of professor Joseph C. McDaniel of the University of Illinois. Apparently it is a fast growing variety of lacecap hydrangea. Michael Dirr reported in an article in Nursery Mag that he received two plants in January 2019 that had become 100 by August. This could become a problem! And they grow to five feet tall! I think Judy may need to find another spot in the yard for this new resident of the Hideaway. 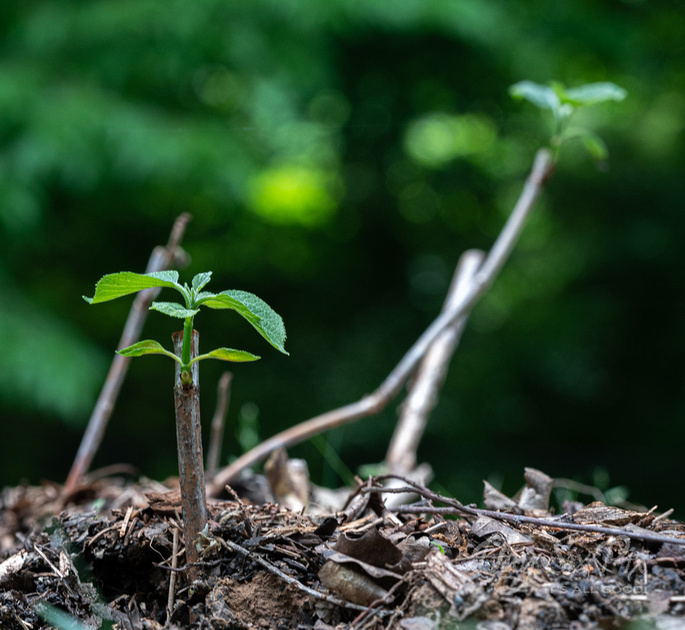