The weather was more springlike, than that of a winter's day. The latter part of December had been unseasonably warm. I had even taken advantage of the warm days to heat up the spa on two different evenings. But I was most surprised as we walked in the rain to our neighbors' house to see narcissus blooming along their driveway. I stopped quickly for a shot under my umbrella. Could it be a hint of an early spring?

No. Three inches of snow covered our deck by Monday morning, less than 36 hours later. And although the snow was wet and beautiful for a few hours, I prefer the white blooms of the obviously premature announcement of an early spring. 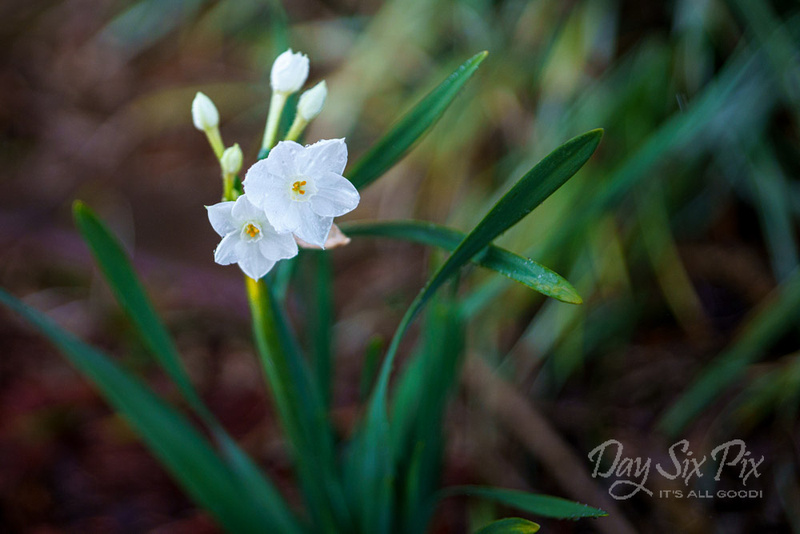