This stairway looked ancient and I felt more secure climbing the stairs than descending them. The proprietor invited us into his store which seemed to have as much of its share of junk as it did treasures. He was difficult to understand, his voice low, the sentences he spoke rambled. But he was proud of the art within, artists of the Ozarks from nearly 100 years ago. The prices were too high for us, even if we saw something we might have liked. And then he opened an old trunk and began to show drawings of a nude woman that he claimed was the wife of the historic artist. Who was this person that he talked incessantly about and whose art, sculpture and paintings, dominated the two buildings of his "collection"? We looked up the name on the internet later, Louis Freund, and found that indeed the artist was a prolific, well-known artist of the area. But why was it here and who was the shop keeper? Maybe it was Mr. Freund himself and we had entered a time warp down a side street in Eureka Springs. 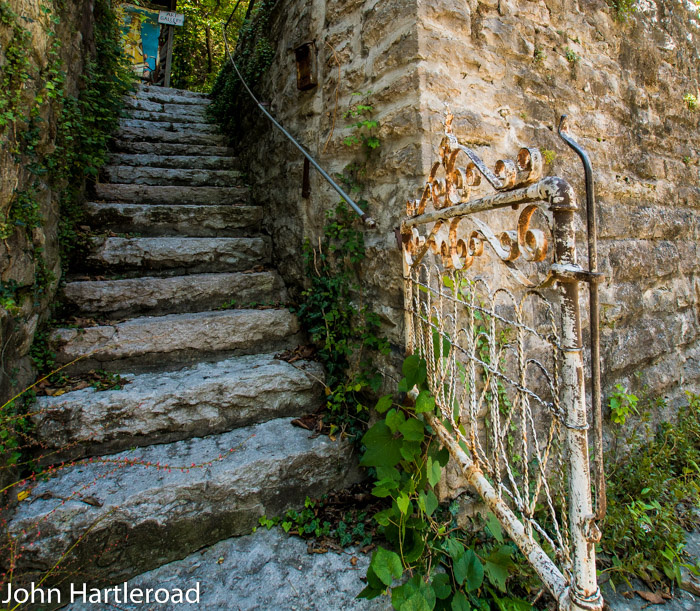